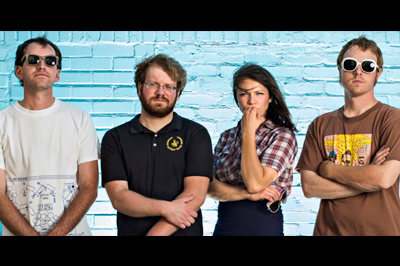 HHM8 alums and festival favorites Tokyo Morose have released their first formal music video, and garnered a write-up on PopMatters as well. The video, directed by Michael Cook, is for the song “Every Night”, off the quartet’s Sequence of Steps album. The band unveiled the video via their Facebook page on Wednesday, Nov. 13. It was subsequently published on PopMatters’ Mixed Media blog the following day.

Click here to watch the video and read the PopMatters blog entry.

Tokyo Morose headlined the second music night for HHM8, playing at Old City Hall on Friday, Sept. 27. Before that, they performed at two Hell’s Half Mile indie showcases at BeMo’s in 2013 and at the festival’s Brews and Bites fundraiser in May. The band, largely based out of Grand Rapids, is composed of Bay City resident Trevor Edmonds and Erin Lenau, Pat Wieland and Tim Warren.

To buy a digital copy of Sequence of Steps, head over to the group’s Bandcamp page. If CDs are more your thing, visit Populace Café or Electric Kitsch, located in downtown Bay City at 1003 Washington Ave. and 917 Washington Ave., respectively.