For the first time, Hell’s Half Mile is moving beyond Bay City, in the form of a special Indie Music Showcase in Ferndale. The show, scheduled for Saturday, June 28, is to take place at one of the Detroit area’s premiere music venues — the Loving Touch, 22634 Woodward Ave.

Kicking things off is Calcaska, followed by Siamese, Mexican Knives and Tunde Olaniran. Calcaska and Olaniran are both HHM alumni, the former having played the festival in September 2013 and the latter having performed at a May 31 showcase at BeMo’s. HHM staple DJ Matt Rose is spinning before and after each group to keep the music going. 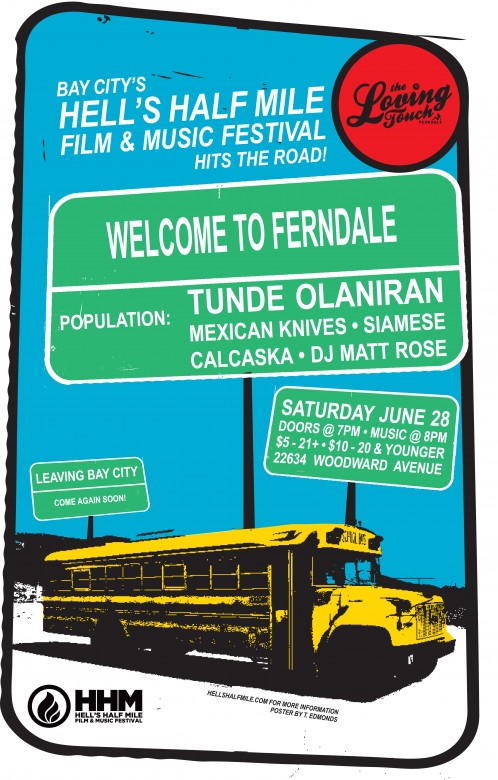 The event was spearheaded by HandGrenades guitarist and Loving Touch manager Jesse Shepherd-Bates. For more details, and an interview with Shepherd-Bates, check out this article on MLive/The Bay City Times.