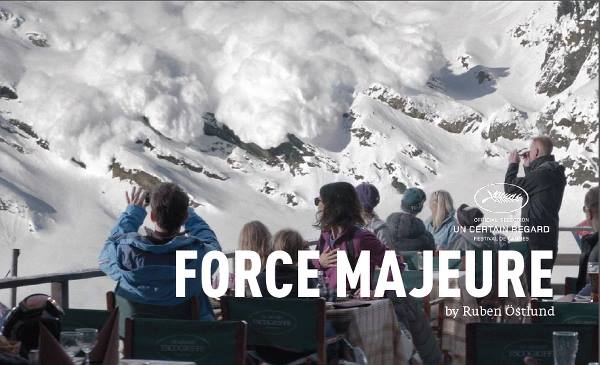 Seems like HHM 2014 just ended, doesn’t it? Well, after a few months off, the 2015 season is upon us and asserting itself as the first installments of the Hell’s Half Mile Film Series and Indie Music Showcases. Think of it as the start of the momentum that will carry us into HHM’s 10th year in the fall.

“Force Majeure” is a critical favorite and was word-of-mouth sensation at the 2014 Cannes Festival, where it took the Jury Prize in Un Certain Regard.

This wickedly funny and precisely observed psychodrama tells the story of a model Swedish family-handsome businessman Tomas, his willowy wife Ebba and their two blond, pre-teen children-on a skiing holiday in the French Alps. The sun is shining and the slopes are spectacular, but during lunch at a mountainside restaurant, an avalanche turns everything upside down. With panicked diners fleeing in all directions, Ebba calls out for her husband as she tries to protect their children. Tomas, however, makes a decision that will shake the family’s world to its core. Although the anticipated disaster fails to occur, his marriage now hangs in the balance as he struggles to reclaim his role as family patriarch.

It currently has a 93% “fresh” rating on Rotten Tomatoes and has been shortlisted for the Academy Award for Best Foreign Language Film. This film is subtitled. 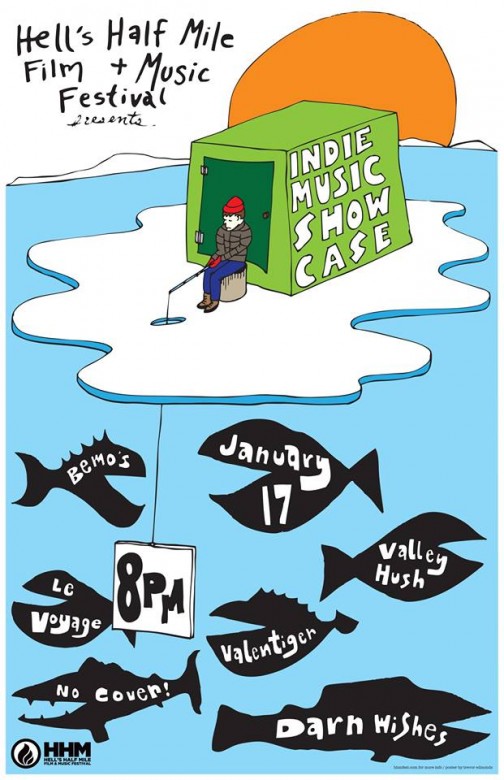 On the music side of things, the four groups we have lined up are new to the HHM banner (though you may recognize some members’ faces from other outfits). You’ll get the anthemic alt. rock of Darn Wishes; the harmonious, alt. country but still quite rocking Valentiger; the seductive, electronic pop of Valley Hush; and the spacey experimentalism that is Le Voyage. Quite the diverse mix, eh?

Darn Wishes is a Bay City-bred band, while Valentiger hails from Grand Rapids. Valley Hush and Le Voyage are from the Detroit area. Darn Wishes released their two-song EP in January, Valentiger has three LPs to their credit, Valley Hush released their debut EP, “To Feel Small”, in September, and Le Voyage dropped their eponymous album in November. You can find all of their material on Bandcamp, and you know you’re going to want to so you can sing along to their tunes when you hear them live.

To avoid the pitfalls of dead air, Lightnin’ Licks Vinyl Preservation Society (Deon and Jay) will be spinning their eclectic record collection before, between, and after the bands.
Set times are pending, but it really shouldn’t matter what order the bands play, since you should catch all four.