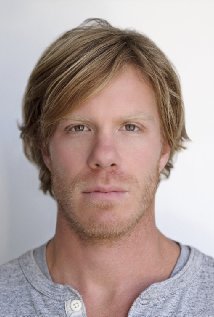 Shocked by the freezing temperatures and Bay City dwellers’ desire to, as he worded it, “sit in a tent on the frozen river,” Marc Menchaca flew in from New York this week to kick-off our brand new monthly film series. Marc wrote, co-directed, and starred in his film This Is Where We Live.

Taking place in Texas, This is Where We Live brings together August (Tobias Segal), a young man with cerebral palsy, and Noah (Menchaca), a man working through troubles of his own. And while the story focuses on these characters, we also see the struggles of August’s mother Diane (who up until Noah exclusively cares for August and the rest of the family while still trying to work, bring home money, and stay healthy), August’s sister Lainey (who is a bitter young woman and is revealed to have gone through a loss of her own), and August’s father (who seems to come in and out of his full mental capacity).

It’s a story full of struggle, heartache, and frustration, and it certainly makes me appreciate the blessings of my own life. But there is a beauty in it, too. Although August is the one who cannot talk, he is the one with the most profound things to say–in the least amount of words.

August’s character was based off of Marc’s good friend from Texas, Marc revealed in the Q&A session after the film. In fact, Tobias went and studied for a few days with his friend Thomas to get the character down, which Marc said he got head on.

Listening to Marc talk about Thomas, I could tell that one of Marc’s greatest inspirations for the character was how Thomas (and consequently August) could say so much in so few words. You’ll have to see the movie to really grasp it, and I recommend you do.

In the Q&A Marc also talked about how helpful it was to have a co-director (Josh Barrett) that could take over in the scenes he was acting in. “He knew all along what I wanted with the story,” Marc said. “It was a relief to have another director there.”

Now, Marc is working on writing a play. And if that doesn’t pan out as he hopes, he may go back to working on a screenplay.

We are stoked that Marc was able to come (and later join us for the Indie Music Showcase at Bemo’s–which, by the way, rocked) and hope that the cold didn’t scare him away!