This year we’ve had many great documentaries submitted to Hell’s Half Mile, and we’re very excited about bringing a select few to our audiences. Documentaries can expand your awareness of the world around you, and allow you to immerse yourself into a real subject that can be eye-opening and endlessly intriguing. Looking back on the last several years at HHM, here’s some solid documentaries that we’d recommend revisiting: 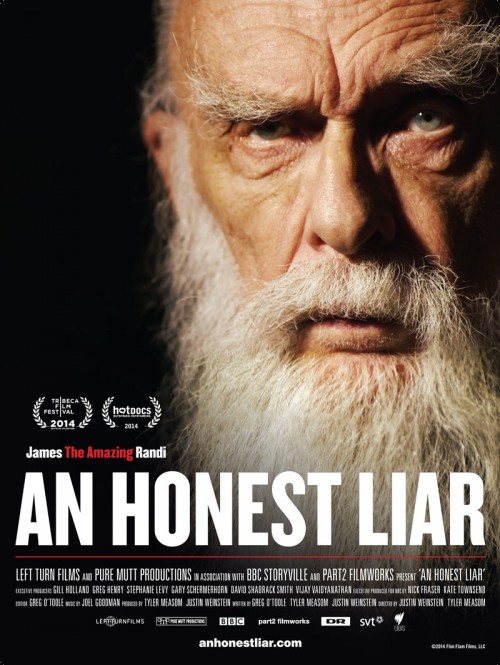 Featuring the world-famous magician, escape artist, and world-renowned enemy of deception James ‘The Amazing’ Randi, An Honest Liar questions truth and reveals that no matter how smart or well-educated you are, you can be deceived. The film brings to life Randi’s intricate investigations that publicly exposed psychics, faith healers, and con-artists with quasi-religious fervor. To con the con men, Randi created fictional characters, fake psychics, and even turned his partner of 25 years, the artist Jose Alvarez, into a sham guru named Carlos. But when a shocking revelation in Randi’s personal life is discovered, it isn’t clear whether Randi is still the deceiver—or the deceived.  Currently in theaters. [Official Website] 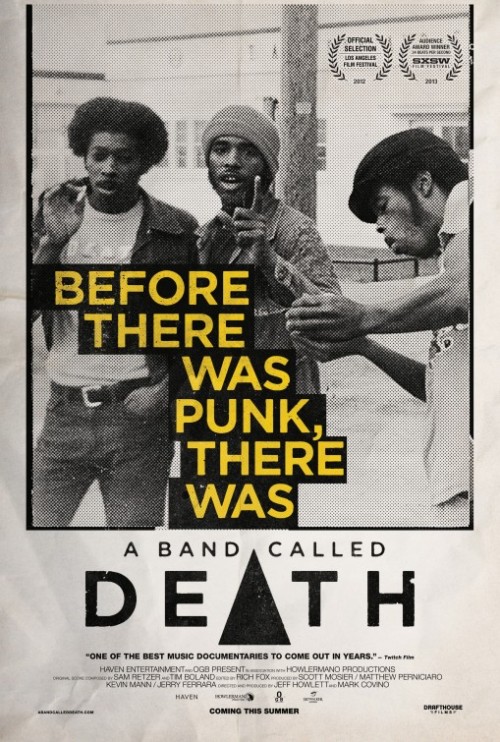 Before Bad Brains, the Sex Pistols or even the Ramones, there was a band called Death. Punk before punk existed, three teenage brothers in the early ’70s formed a band in their spare bedroom, began playing a few local gigs and even pressed a single in the hopes of getting signed. But this was the era of Motown and emerging disco. Record companies found Death’s music— and band name—too intimidating, and the group were never given a fair shot, disbanding before they even completed one album. Equal parts electrifying rockumentary and epic family love story, A Band Called Death chronicles the incredible fairy-tale journey of what happened almost three decades later, when a dusty 1974 demo tape made its way out of the attic and found an audience several generations younger. Now available on Video on Demand! [Official Website] 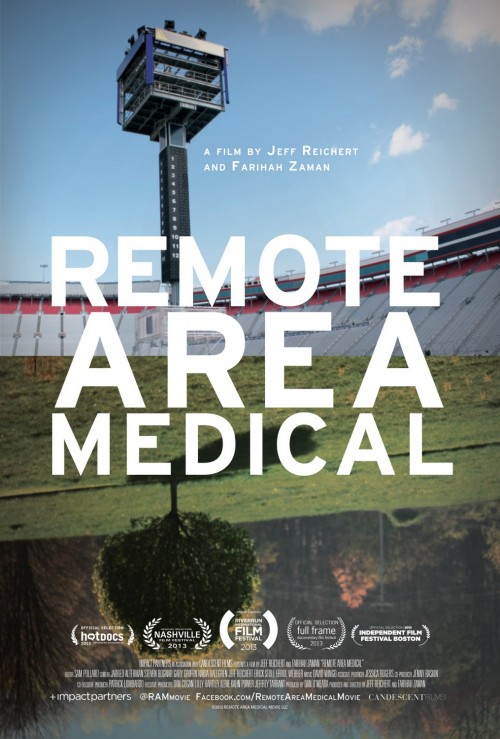 A debate over healthcare has been raging nationwide, but what’s been lost in the discussion are the American citizens who live day after day, year after year without solutions for their most basic needs. REMOTE AREA MEDICAL documents the annual three-day “pop-up” medical clinic organized by the non-profit Remote Area Medical (RAM) in Bristol, Tennessee’s NASCAR speedway. Instead of a film about policy, REMOTE AREA MEDICAL is about people, about a proud Appalachian community banding together to try and provide some relief for friends and neighbors who are simply out of options.
Now available on DVD and On Demand.  [Facebook] [Amazon]

After the Factory – Directed by Philip Lauri

The global economy is in crisis. More and more businesses are outsourcing their manufacturing. And former industrial towns– whether they’re in Ohio, Mississippi, or Poland– are left asking the question, ‘What comes after the factory?’ For questions like this, the best answers come from the people who have been there. Detroit, Michigan has been running on fumes since the fall of the auto industry and Poland’s textile industry in Lodz has been hanging by a thread since the fall of communism. In both cities, their populations have fled, their unemployment has spiked, and now, they’re both on the front lines of re-building their economies. After the Factory presents an opportunity to learn from these two diametrically different cultures as their entire way of life transitions to something new. Stories from the citizens are inspiring. Ideas from community leaders are thought-provoking. Free-thinking entrepreneurs are putting a new spin on traditional concepts of growth. Change is inevitable. And as the people in each city propel Detroit and Lodz into the future, this trans-continental dialogue allows communities worldwide to see how these fallen giants, troubled as they are, just might be the innovators writing the new rulebook for next generation cities. Now streaming on Amazon. [Official Website]  [Amazon] 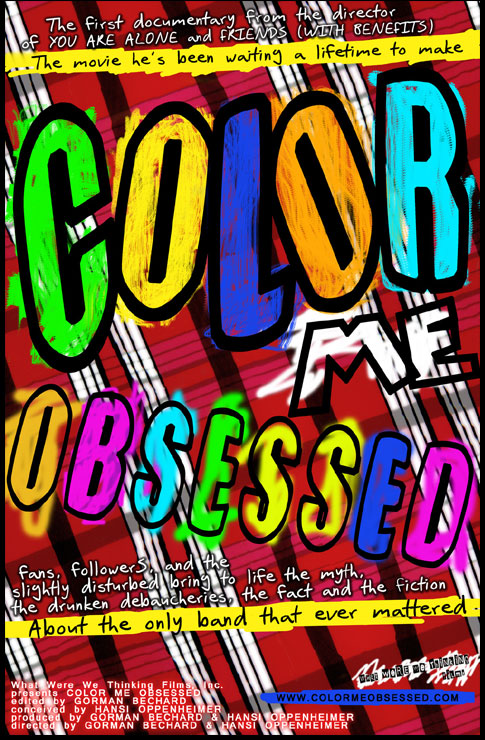 For some aging music fans and kids with a passion for musical history, The Replacements are rock and roll defined. This Minneapolis quartet took a teenage-punk attitude, threw it in a blender with classic and pop rock, and then poured it into a Middle American pint glass. Over the band’s 12-year existence, its live sets were magical, a total mess, or both-depending on your mood and the members’ respective blood alcohol levels. Gorman Bechard’s remarkable history of the ‘Mats takes us from their first show as the Impediments to their 1991 onstage breakup in Chicago, and everywhere in between. Bechard bravely eschews including the band’s music, photos, and live footage, instead relying solely on the fans: their well-kept memories, hilarious anecdotes, and differing points of views about the foursome’s wildly varied discography and infamous antics. Bechard has recruited an impressive roster of influential fans: musicians such as Husker Du, Babes in Toyland, The Decemberists, The Hold Steady, Archers of Loaf, Titus Andronicus, and Goo Goo Dolls; writers such as Jack Rabid, Legs McNeil, Robert Christgau, Jim DeRegotis, and Greg Kot; and actors such as George Wendt, Tom Arnold, and Dave Foley. Sprinkled in among that esteemed group are the more mainstream fans, who often give the most insightful and heartfelt perspectives of all. Follower or not, after taking in COLOR ME OBSESSED, you’ll be ready to run home, gather some ‘Mats albums, and design a perfect soundtrack of your own. Now available on DVD and Amazon Streaming. [Official Website] [Amazon]