There’s no shortage of big blockbuster films at theaters this summer, and while we enjoy them too, we’d love to put a spotlight on some indie films hitting theaters as well. Here’s a list of promising indie films that have caught our attention, and we recommend putting them on your summer hit list. 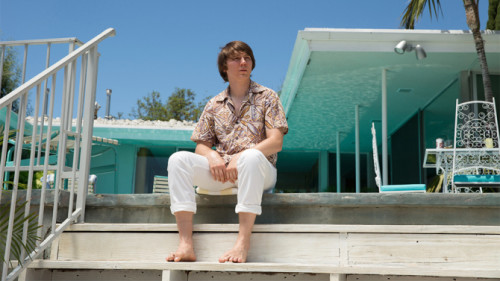 Love & Mercy presents an unconventional portrait of Brian Wilson, the mercurial singer, songwriter and leader of The Beach Boys. Set against the era defining catalog of Wilson’s music, the film intimately examines the personal voyage and ultimate salvation of the icon whose success came at extraordinary personal cost. [Official Website]

Locked away from society in an apartment on the Lower East Side of Manhattan, the Angulo brothers learn about the outside world through the films that they watch. Nicknamed, ‘The Wolfpack,’ the brothers spend their childhood reenacting their favorite films using elaborate homemade props and costumes. Their world is shaken up when one of the brothers escapes and everything changes. [Official Website]

Life changes for Malcolm, a geek who’s surviving life in a tough neighborhood, after a chance invitation to an underground party leads him and his friends into a Los Angeles adventure. [Official Website]

A manic-depressive mess of a father tries to win back his wife by attempting to take full responsibility of their two young, spirited daughters, who don’t make the overwhelming task any easier. [Official Website]

Me and Earl and the Dying Girl

High schooler Greg, who spends most of his time making parodies of classic movies with his co-worker Earl, finds his outlook forever altered after befriending a classmate who has just been diagnosed with cancer. [Official Website]