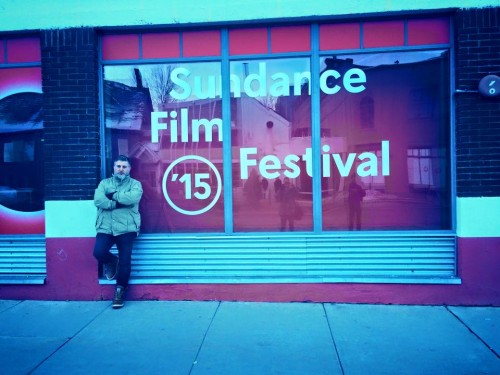 It was my first time at The Sundance Film Festival. The festival.

It’s one of the biggest and most prominent film festivals in the world. It’s the film festival that kicks off the year’s hot film properties and launches careers, and it was my first time there.

And, yes. I saw Robert Redford.

But the most amazing thing (and I know you won’t believe me) is that it felt like home. Like Bay City home.

It is truly amazing to me that Park City, Utah, with all its premiers and celebrity guests and corporate-sponsored lounges and parties, can feel just like little ol’ Bay City, Mich. and the Hell’s Half Mile Film & Music Festival.

There’s no doubt that our Hellions can party with the best of them, and when it comes to supporting great independent film, our audience gives it just as much energy and enthusiasm.

Are there major differences between Sundance and Hell’s Half Mile? Sure, but there are more similarities than most people realize.

At the core, film festivals are for the local audience, whether its Park City or Bay City, its true. Film festivals are a reflection of the community. They take on the personalities of the people who organize them and of those who attend. They attract people from outside the community who want to be a part of the event and be among the people.

Here’s a little Sundance/Hell’s Half Mile connection that you may not know: One of the big Sundance hits of 2014 was a film called “Whiplash.” You may have heard of it – Director Damien Chazelle’s film is nominated for FIVE Oscars this year, including best picture. What you probably don’t know is that Damien was also a juror for Hell’s Half Mile in 2013.

Chazelle graciously took time to watch and judge films while he was completing his breakout film. Oh, and he co-produced the Hell’s Half Mile 2011 fest opening film “Maria My Love.” Chazelle is just one example of the many filmmakers who have supported our festi

But you guys get it, right? You get that we’re doing this for our local audience, our community.

But you may not realize how much we need you.

We need your help to get the word out to the masses.

We have the capacity for thousands of people to attend Hell’s Half Mile. I’m asking you to help us tell our story to everyone you know. And, I’m asking you to help us write our story by getting involved through sponsorship or participation.  And maybe, just maybe, you’ll help us inch a bit closer to what the Sundance Film Festival famously does for its community and for the community of independent filmmakers.

Together, we can make Bay City and the Hell’s Half Mile Film & Music Festival feel like home for the film industry, or at least a fun place to visit for a weekend.

And why not? We’ll be partying anyway.